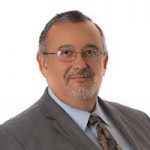 Sergio White is the Owner and Principal Attorney of Family First Estate Planning Law Center. Mr. White is a California native who graduated from The University of Southern California in 1986 with a Bachelor of Science Degree in Political Science.  He received his Juris Doctor from Loyola Law School of Los Angeles in 1989 and was admitted to the California Bar in June of 1990.  As a general practitioner, Mr. White has extensive experience in the areas of Family Law, Bankruptcy, Civil Litigation and Personal Injury.  In recent years, however, he has focused his attention and energies on the area of Estate planning and Elder Care because of the difficulties that his family experienced when his wife's father became unexpectedly ill, and the family learned first hand about the issues surrounding long term illness, Medicaid, insurance and the high cost associated with long term care. His goal is ensure that families get the help that they need during such difficult times and to preserve for the family the legacy and wealth that they worked so hard to create.  Mr. White is married, and has two daughter's.  When not working or spending time with his family, he enjoys playing golf with his friends.

Thank you for contacting us. We will get back to you shortly.

Please complete all required fields below.

We offer a free consultation and we’ll gladly discuss your case with you at your convenience. Contact us today to schedule an appointment.